As stated in Vacation Sensations, I have a lot of fun writing my blog. It's a way for me to process my thoughts and think new ones. But recently, the matter of eating healthy (or natty) came clearly into focus as I went for my yearly checkup.

When I went skiing in seventh grade, I remember having to spend a day in bed due to a cold. A few days later, upon feeling better, I was happy to hit the slopes but noticed several bumps along the back of my neck. They kind of freaked me out even though my father identified them as harmless lymph nodes. But lymph nodes are something you can't "unfeel" and I've been irrationally scared of them ever since. Thus, upon attending my doctor's visit last month, I mentioned I had found several lymph nodes across my body. And while the nurse (like my father) claimed they were likely harmless, she sent me down to get some lab tests assuring me that insurance covered most of the procedures. So I walked down to the clinic and then on my merry way. 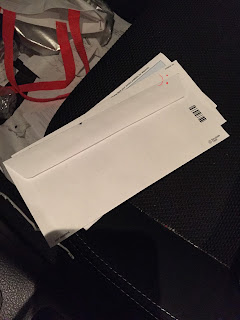 Last, week, however, after walking to the mailbox, I noticed several letters from a lab company and another from my respective hospital. Hundreds of dollars and several minutes later, I found myself on the phone with muzak in my ear, awaiting the, "next available representative" I could vent my frustrations to. But while I myself am cheap enough to fight over a small dent in my bank account, health care costs can pose a significant burden to the state of our union.

As stated in Reading Lists, I'm currently reading (and loving) Always Hungry?, an interesting tome by David Ludwig, a doctor at Boston Children's Hospital. Early in the book, Ludwig describes his experience as a medical student and the state of medicine as a whole, a "condition" I have overheard to be highly intertwined with the insurance industry. According to Ludwig, "[t]he medical costs for treating obesity-related disease in the United States are estimated at $190 billion per year [in 2005 dollars], or 20.5 percent of total spending on healthcare." He goes on to state that, "[b]y 2020, total annual costs for diabetes is projected to approach $500 billion," and makes the argument that, "[w]ithout obesity, Democrats could conceivably have robust social spending, Republicans could have a balanced budget and the two might find a way to cooperate." But, to really figure out how obesity related issues (read: diabetes, heart attack, hypertension, et al.) affect government spending, I found myself surrounded by a unique pool which included an Econ. major, a doctor and publications leaning to either side of the aisle... all saying (mostly) the same thing. 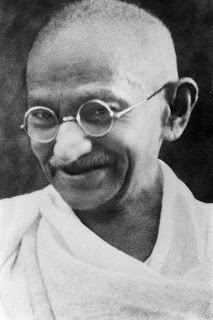 "You must be the change you wish to see in the world."

In doing some general research on obesity-related spending, I kept getting struck by the fact that one-third of the U.S. population qualifies as obese (maintaining a Body Mass Index of 30 or above) while another third qualifies as overweight (maintaining a body mass index between 25 and 29.9) which means, according to Dr. Ludwig that, "fewer than one in three adults [are] in the normal weight range." This fact is compounded by the issue of childhood obesity in the United States which the Brookings Institue found could push medical spending above $1.1 trillion if said obesity follows such children into adulthood (according to Ludwig). But obesity is a complex issue that pulls many factors into its wheelhouse and spending on the issue seems no different.

To understand how the government might (monetarily) address this issue as opposed to consumers simply paying into an insurance policy, I spoke to an economics major turned lawyer who simply knows a lot about anything you ask. In his response, he noted that, hospitals, due to "a government loan guarantee for construction" have to take patients coming into the ER. To some extent, it may be linked to the Hippocratic Oath but more concretely, is linked to the Emergency Medical Treatment and Active Labor Act which claims that if hospitals accept Medicare and Medicaid payments from the government (and most all do), its emergency department must provide treatment, "regardless of citizenship, legal status or ability to pay." So it seems (and if you're reading this you may be rolling your eyes) that the government spending on healthcare generally materializes in the forms of Medicare and Medicaid, two programs which affect those over a certain age and under a certain income respectively. But for the "rest of us," health care spending can affect our wallets and the economy in a more classical, Keynesian? sense. 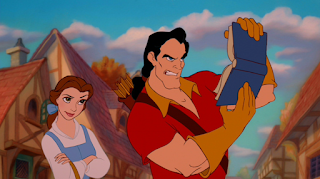 "How can one read this? There's no pictures," I thought my readers would say.

For most of us with private insurance, rising medical costs related to obesity can hit our own pockets, and thus, the economy. Due to increased output of medical expenditures towards surgery and general treatments that accompany diabetes, stroke, etc. insurance companies often raise their premiums, deductibles and/or co-pays (the amount paid directly to the healthcare provider) in order to recoup lost costs. According to Bloomberg Business, this essentially means that, "leaner people are subsidizing those with less healthy diets," a notion that may only be fair due to another finding that, "obesity can limit how much workers earn and what occupations they take on." According to the above article, a woman who qualifies as morbidly obese (with a BMI of 40 or higher), 'will earn about 5 percent less than [her] normal-weight counterparts.' But with decreased earnings or increased pay (into insurance pools) healthcare spending can leave one with less money in his or her pocket which they would otherwise be able to put towards a salad spinner, or whatever. But, as much as I feel spending is generally unwarranted (because, it's often spent on salad spinners) less money to spend represents a cyclical effect on eating and the economy. With less money and therefore, decreased demand for goods, production can slow and effect job growth. And with less money in our pockets, processed foods not only become appealing due to the sugar they possess but on account of their price tags as well (one trip to Dean & Deluca and you'll learn a pear can carry the opportunity cost of a mid-sized sedan). So, perhaps, this is why people are often deterred from "eating natty" (which can perpetuate the cycle of obesity).

As stated in Vacation Sensations, healthy eating can be something that either increases or decreases with socioeconomic status. There is education on healthy eating, there is the budget applied to healthy eating and, in general, there is the time associated with healthy eating. It's like the old joke that people with "gluten intolerancies" are the ones with time to think they're gluten intolerant: sometimes, with busy lives, a trip through the McDonalds drive-thru saves both time and money. But at the end of the day, these "savings" are compounded and can become detrimental in the long run. This is why, according to the White House, "access to health coverage is more than a safeguard from hardship... It means that instead of foregoing doctor's visits and other preventative measures because of cost, Americans will get the care they need to prevent chronic diseases, improving their health and reducing the burden on our health care system." When the high cost of obesity-related treatment is employed at a high rate, it can cause either the government to spend more through the vehicles of Medicare or Medicaid or those who pay into private insurance who need to subsidize what is often an unhealthy lifestyle. Either way, a lack of spending in what is often a preventable condition can leave money left over for social spending and/or goods and services, thus raising the level of employment and counteracting what has become a negative cycle. And this is not to "fat-shame" or "body-shame" or whatever. It's simply to point out that doing good for ourselves often does good for the world. As Ghandi once said, "be the change you wish to see... [in your body]."
Posted by Eating Natty at 9:36 PM