"You like to spread out," said my mother on a stint home from college. Indeed, as a person who didn't really pick up after herself and was prone to unfinished tasks, I often kept my textbooks in the dining room, my shoes and books for pleasure in the living room and a shit ton of clothes wherever. Somehow, it seemed like I was practicing a dog-like need to claim my space. But my mom didn't really pick up after us either or, more likely, I was a shitty kid who didn't notice if she did. "Do you think our house is clean?" she would ask and I would shrug my shoulders and say, "I guess so," not having any real clear points of comparison. Fast-forward twelve-hundred years, however, and we all know what others' homes look like from the inside out. While I was never one to feel like I needed to live up to the unrealistic physical expectations my media teacher claimed we were bombarded with, I do find myself getting a little butthurt when I see an impeccably clean home on Instagram. These expectations are unrealistic and I always have to calm myself and tell myself that each house was cleaned before the photo shoot or that the occupants of the castle-like compound in the magazine only reside there for a few months a year.

They say the state of your home or room says a lot about your mind state. And while my mom was a bit more laid-back (like I used to be), I've tried to channel my adult-onset anxiety into cleaning. It has to be done, it brings me pleasure and it's something I have control over... all things to be looked into by a licensed professional. But while my cleaning might be somewhat obsessive, I do it for me and I've always disliked those who clean or design their homes for others (or Instagram). Ergo, I can't stand some of that trendy shit they come out with that costs a lot but seems to have no function like decorative, weighted objects. In one extreme case, I read about how one Rockefeller spent a fortune on antique obelisks or something and just stared at the page like it was a math problem I couldn't solve. But one thing I have found that can make for less debris and clutter in the house is a bowl or tray to collect objects. Therefore, I leave you with some of my favorites. Enjoy!

When buying one of these things, there are a few things to consider. There's the price, as always, the color... do you want it to be clear glass or opaque, and the size. Below is one I want but likely not one I'll get as it only matches two of these three considerations (I'm sure you can guess which one).

Aerin: Sinatra Footed Bowl: While I'm somewhat wary of socialites who go on to found their own businesses, Aerin (Lauder) does seem to keep a shop that houses many quality goods which range from super-expensive in price to somewhat acceptable for mere mortals. And while I generally don't like the (super-expensive) clothes she sells, her home goods make for an occasional treat and a really beautiful addition to the home. While her large Sinatra footed bowl is a bit expensive, it's opaque, meaning you can't see all the crap that's in there and seems large enough to hold it all. In terms of price, however, I went with the large Gabriel Bowl which is clear but does a good job of corralling all that shit that ends up on our entryway table. Also, if you have kids, none of this applies to you.

Amy Berry: Rounded Corner Tray: I. Figgin'. Love. Trays. I think I acquired my love of them when I saw the ones sold on the Ralph Lauren website where I'd sometimes poke around in a voyeuristic sense. However, as the ones there were light years beyond my price range, I usually keep an eye out for cute ones more within my budget. Ergo, this rounded corner tray is a good find and, if I got it, I'd likely place unreasonably expensive whiskey glasses on them.

Chelsea Cereal Bowl: While I've often professed my hatred for Gwyneth Paltrow on this blog, the items that she and her well-coiffed team create for Crate and Barrel are "pretty" on point. This is the bowl I use to corral most things in the house and when it's finished holding the empty cartridges of e-cigarettes (like they do where I am) you can use it to eat Lucky Charms.

So there you have it, a few items in which you can put the other items in your home. They make things cleaner quickly. And while this particular genre of homeware is a real interest of mine as a woman well on her way to middle-age, I've included a few more below. And also, this. 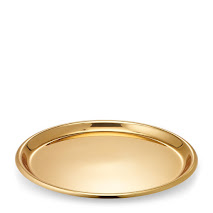 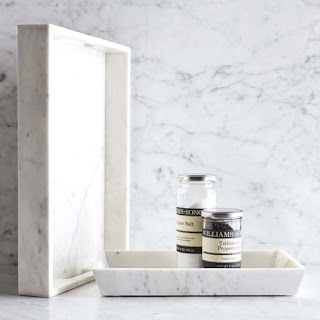 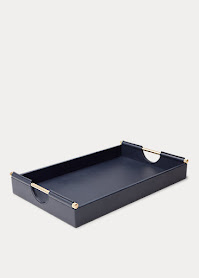 The tray that launched a million searches for something cheaper. 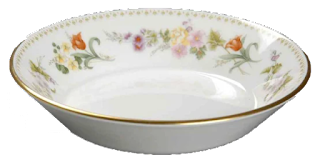 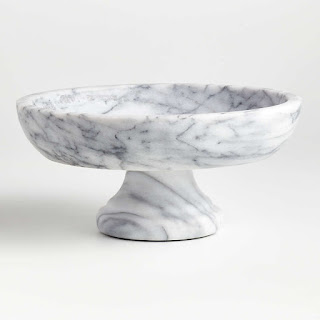