When I was little, I attended a camp which, as most camps do, engaged in a sense of revelry. Games were played, hijinks were pulled and songs were sung. In fact, many songs were sung. There were songs on the holidays, songs at dinner and songs to make announcements. And while I loved the scandal of learning the lyrics to "Summer Lovin'" at the age of ten, the song sung before a big announcement often delighted me (likely due to its simplicity). The song went something like, "announcements, announcements, annnnnooooouuuuunnnnnnccccccceeeeeeeeements...," like I said, it was simple (suffice it to say, my bunk-mates and I made up a song about a fellow camper which contained only one word). Anyways, I have an announcement to make or, better yet, a reminder. As of tomorrow (St. Paddy's Day) my domain of Eat Your Ethos will run out and thus will be changing over to eatingnatty.org. Technically, I own eatingnatty.com but am still in the process of building that site. So, a small announcement, unsung, but hopefully, still heard. 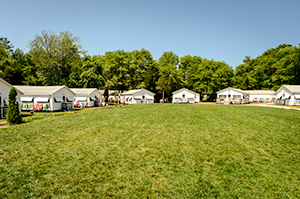