Rubbing Alcohol All Over

Yesterday morning, as I sat tensed, getting a wax, I commented to the esthetician that the liquid she put on following the removal of said wax reminded me of my former pediatrician's office. Indeed, the smell of rubbing alcohol seems to be a relic of my youth, a time when I went to the doctor's and suffered from scrapped knees more regularly (see photo below). And until recently, the substance had all but fallen out of my purview. But as I delve deeper into the realm of (natural) beauty, I've seen rubbing alcohol emerge as a key product on the shelves of many a sophisticated socialite. Below, a few findings on unique ways the product can be used. 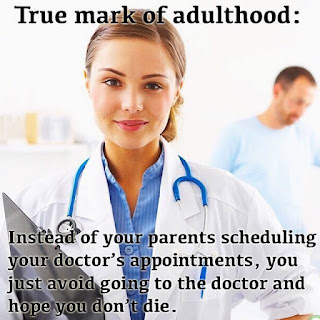 As a "Deodorant": While deodorants often lend a pleasant scent to an otherwise unpleasant-smelling area, it seems to mask instead of eliminate bodily odors. And while antiperspirants block sweat from emerging (often through the use of harsh chemicals) it is the bacteria which love the warm underarms that actually cause the area to smell. Enter, rubbing alcohol. While it won't stop you from sweating or lend a pleasant scent (unless clinical sterility is your go-to fragrance) it can kill the bacteria which make the underarms a destination for deodorizing. While I don't rely on rubbing alcohol alone during the week (see Antiperspirants, Alternatives), I often spare myself exposure to chemicals on the weekend by reapplying the substance to certain areas as needed.

In the Bath: Through Into the Gloss, I learned that adding about a cup of cider vinegar to the bath can help one "sweat-out" any toxins in the body. Through the same site, I learned adding rubbing alcohol can do essentially the same thing. According to Yahoo.com, "[r]ubbing alcohol and epsom salts have been used as cleansers for eternity so [they] won't hurt you but you will start sweating... it also helps clear up acne on the body by expelling toxins from you pores." In addition to mixing epsom salts and rubbing alcohol to form a detoxifying solution (one bag and one bottle, according to actress Liv Tyler) I've also seen it used to help people cut weight (particularly in the world of athletes) by drawing water out of the body and into the salty bath. While I wouldn't recommend this "weight cutting" method in general, it's nice to know there's always an option if you need to squeeze into an LBD.