In the summer, I live in a town slightly north of New Haven. To get to yoga, however, (located in New Haven) I go north, then get on a highway to go south. While it takes me a little out of the way, I find the straight, unrestricted flow of highway driving quicker than the start/stop traffic of small, city roads. In yoga, we practice this general concept within the studio, in part, aligning our bodies to make use of the various systems within it. Doing this, however, starts with good posture. 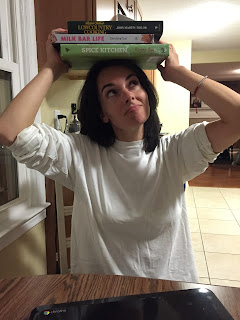 When I was little, I took a ballet class in town with a woman named Ms. Kelly. Ms. Kelly was very nice. So nice, in fact, that she had me believe I was actually good at ballet. When I was in college, I came back to ballet as a form of exercise thinking that maybe my "talents" would reemerge. Of course, my body had not been trained as a ballerina or was simply not shaped like one but I got some use out of the New York City Ballet: Complete Workout. In it, the ballet's master-in-chief, Peter Martins, informed viewers to "stand tall" as if their heads were being pulled up by a string. Indeed, this is how I'd always heard posture "taught": standing with the chest forward, shoulders down, chin up and "head suspended by a string". So I was surprised to hear a yoga instructor inform us to "pull up through the crotch" to better our posture. Always had good posture been linked to an element outside the body (an invisible sting, a wall against the back) and here, good posture seemed to be entirely within ourselves. Curious, I asked her after class why posture started with the bottom rather than the top of our bodies (body here excludes any limbs). Here, I was told that posture could go either way but starting at the bottom was a good way to align the chakras or energy centers of the body (more on that later).

Posture is not just a relic of charm school. It helps us avoid pain and constricted blood vessels and helps with the efficient use of muscles (according to Livestrong.com). In fact, I once read that my hair loss (not so much an issue as much as an annoyance) could be tied to to poor posture, restricting the flow of oxygen from the lungs upwards. On a more medical note, my chiropractor once told me that I was overcompensating for my poor posture, using muscles I didn't need to make up for a spine-turned-misaligned from years of slouching. So good posture is something I try. Since my experience in yoga a few weeks ago, I've been trying to "pull-up" from my sacrum to my head, which tends to work, but a few other keys for posture can be found below. Enjoy! 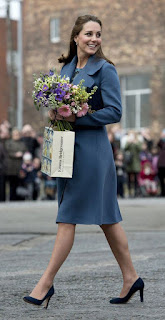 Posture: better for any photo than the skinny arm.

Keep your ears aligned with your shoulders: While I feel that zipping up through the sacrum aligns my spine up through the shoulders, aligning my ears with my shoulders seems to account for any misalignment at the neck. Indeed, we spend a lot of time with our necks crouched down: looking at our phones, at our desks or at the many things below our vision line which, when you think about it, are most things in our lives. Taking some time to align our ears with our shoulders aligns the spine and seems to keep the oxygen flowing through the intersection of lungs and mouth. 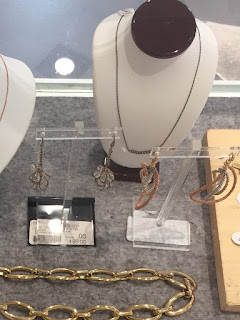 Dangly earrings can be the canary in the coal mine when your ears and shoulders are misaligned.

Stretch!: Stretching can be very good for your posture which I can attest to as a participant of yoga. While I wasn't such a fan of the Bikram method at first (it's a particularly intense form of yoga) I now appreciate the way it realigns my spine each time I go and works out any knots in the body. Indeed, as I find my spine aligns more, I find I'm able to go deeper into each posture. But one does not need the Bikram method in order to stretch their way to good posture. Just a few simple moves each day can help.

"Planking": Most of us can remember planking from the Internet craze several years ago. Aside from creating interesting pictures, however, holding the plank pose can strengthen the "core" or abdominal muscles connected to the spine. Since these muscles can play roles in, "[stabilizing] the pelvis and spine," according to WebMD, they often lead to better posture. To engage in the plank pose, simply place your forearms and feet on the ground with the rest of your body in the air. Hold the pose for 30 seconds and repeat for a total of three sets.

Child's Pose: I love child's pose. It is a point in yoga where there is a break in strenuous poses and one can relax into a form that feels great before moving back into 360° back-bends. To preform child's pose, start by sitting "Japanese style" (pictured below). Place your hands above your head and, keeping your arms straight, bring them down until they reach the floor, bringing the rest of your body with you. Continue to stretch your arms out for about thirty seconds. According to the founder of Bikram Yoga, this pose can also make up for a lack of sleep. 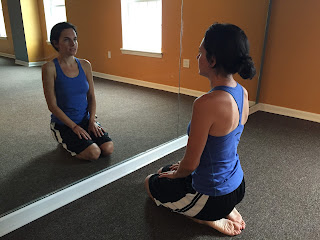 Sitting in the Japanese style can help one's posture while staring into the mirror can make one look creepy.

And as referenced above, the Ayurvedic tradition notes that not only is good posture helpful to one's physical body but to the spiritual self as well. Just as I find it easier to travel on a straight highway compared to narrow, city roads, it is said our energy has the same freedom when are chakras along the spine are aligned. Within the following weeks, I plan to write about each of the seven individual chakras or energy centers of the body which seem to have relative parallels in the Western world. For now, you can probably figure out which aspect of ourselves each chakra deals with based on its location in the body. Each chakra is color coded due to the fact that each one is associated with a color corresponding to the color spectrum.

Muladhara: Located at the sacrum or "root" of the body (deals with our basic needs)

Svadhisthana: Located near the public bone (chakra of creativity/reproduction/"creation")

Manipura: Located near the stomach or solar plexus (chakra of personal power)

Anahata: Located near the heart (compassion)

Vishuddah: Located near the throat (communication)

Ajna: Located between the eyebrows (chakra of intuition)

Sahaswara: Located at the crown of the head. (source of enlightenment)

Another hint is that not only does each chakra correspond to the pattern of the color spectrum, it also seems to carry some parallels to Maslow's Hierarchy of Needs (referenced in Product Placement). No matter where humans are, we seem to have similar needs and can be helped by similar actions. As it said in the poster ubiquitous throughout grade school, "we all smile in the same language".