I was in Aveda today, contemplating a Brazilian Keratin Treatment for the summer season. I've inherited quite a frizzy mane from my father's side of the family and so, I looked at the price, weighed an exorbitant amount of cash against a season of glossy locks and ultimately walked out the door. The irony is that while my father's genetics were the reason I contemplated the treatment in the first place, his advice was the reason I declined it (with quite a heavy heart). 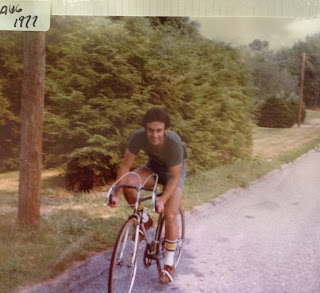 Frizzy hair for days, circa 1977 when you could get away with it.

Today, I noticed an ode to fathers and their grooming rituals on Into the Gloss. In the article, girls talked about their father's (minimal) beauty habits and advice they gleaned along the way. As I flipped through the site, however, I realized that my father's beauty advice was more or less "anti-beauty" in the conventional sense. I his mind, a clear counter free of products (and chemicals) was the epitome of beauty. As a physician, additives and synthetic materials seemed to be the enemy. Plus, I think in my father's view, beauty was not something you obtained in a bottle but through your state of mind.

I suppose the most important piece of beauty advice gained from my father is that, "you're beautiful no matter what." Many girls receive this anecdote from their fathers and I supposed I was young enough and naive enough to believe it my entire life. While the point may be debatable, it has nonetheless led to a pretty minimal beauty routine which has been great on the skin and pocketbook. However, as any teenage girl knows, there were times when I didn't enjoy a certain aspect of my appearance. As stated before, I have frizzy hair. In high school I had a bad bout of acne. With these "troubles" came the tempting option to rectify them with some pretty harsh substances. I remember begging my parents to allow my hair to be chemically straightened or to take Accutane and was each time greeted with a resounding, "no." And while a keratin treatment may not be as harsh as a chemical straightening which actually goes in, breaks apart and rearranges the structure of your hair, I continue to believe my father's second piece of beauty advice: the less chemicals around, the better.


Humor me. A little Ray Stevens coming at ya.

In Happy Hour, I described the elements and structure of my beauty routine (if it can even be called that). In the article, one may have noticed a heavy use on natural ingredients which, while not containing many chemicals are likely not to contain large price tags to boot. Some of these factors in my routine include baking soda, raw honey and Argan oil. Truly, as time goes on, I seem to be following Miranda Kerr's mantra of "what goes on the skin goes in." This point was driven home by my father when I was looking at the NuFace Trinity Facial Trainer Kit. One look at the medieval contraption meant to give you a facelift and he said with paternal directness, "Ivory Soap, that's enough." I think there also may have been another comment about chemicals in makeup getting into your bloodstream. While Ivory is great, a slew of other natural beauty lines have hit the market. And while some parabens have been shown to negatively affect our endocrine systems and even increase signs of premature aging, I'm beginning to think my father was ahead of his time in denouncing these goods. So in honor of Father's Day, I have listed a few natural beauty products which should be used with the knowledge that they are ancillary beauty treatments because real beauty, as my father might say, lies within. 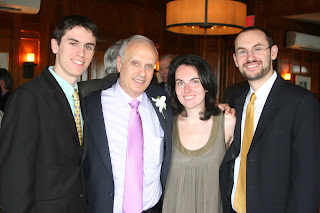 You're with your family through thick and thin (hair).

Kora Organics: Developed by model Miranda Kerr to go along with her beauty mantra featured above, KORA Organics seeks to use organic, plant ingredients to bring about beneficial effects to the skin. According to Kerr herself, "the average woman applies more than 200 chemicals to her skin by using her skin care products in one day." To rectify this situation, Kerr developed a line of organic and vegan products which focus on plant based products as opposed to chemically based ones. (Note: Kerr has been involved in a few work place scandals before, just note that the above site is NSFW.)


Grown Alchemist: Like KORA Organics, Grown Alchemist's line of beauty products also features items developed from organic plant materials which they claim, "provide better beauty results without harmful chemicals." The company also places an emphasis on the heavily scientific standpoint from which they approach skincare, relying on a team of cosmetic chemists and expounding on the cellular processing of ingredients. They are also having a sale.

One thing to note: while researching these companies, it occurred to me that many of them deal mainly in skincare as opposed to both skincare and cosmetics. To some extent, that tells me the companys' center of gravity lies more in harnessing the beneficial properties of plants than in telling women they need color to change their appearance. While yes, some of the products are meant to even one's skin tone or rectify redness, I like the idea that one is working with their skin as opposed to covering it up under layers of makeup. Plus, the use of plants can also be beneficial to one's health. So eat your heart out, Estee Lauder.