The Greek philosopher, Socrates, once very wisely suggested one "know thyself." This quote has always struck a chord with me. As an introvert, focused on the inner workings of my psyche, (not as glamorous as it sounds if it even sounds as such) I love finding out more in regards to the mental frameworks we share as humans through the broader context of Psychology. To this extent, I read A LOT of material written by the "original" psychologists, or, to put it bluntly, works by C.G. Jung and Sigmund Freud (no great link available).

Jung and Freud both served as the essential "godfathers" of the psychological diaspora for modern times. With Freud leading the way in his establishment of psychoanalysis and work on the unconscious, his student, Carl Jung developed further notions of what goes on beyond our "mind's eye" including the collective unconscious and personality types, the latter of which was adapted into a test by Katherine Cooks Briggs and Isabel Briggs Myers. It was before the Easter Holiday that I was reacquainted with information I held so dearly (but perhaps let slip into my unconscious) when I came across an article entitled, "Which Saint are You?" Apparently, the Church of Resurrection had matched a saint to each personality type and, by proxy, allowed you to see which one you identified with most (I was desperately hoping to be a ten-point match with Mother Theresa but it looks like I'm more of a Catherine of Siena type gal). While the article seemed to be written in good fun, the concept of personality types has been fully supported (if not scientifically tested) by Jung and extrapolated into a typology by Myers and Briggs. In addition to being either introverted (internally focused) or extroverted (externally focused), Jung also noted we interpret the world and make decisions based on our alignments as either thinking or feeling , sensing or intuiting (respectively, focusing on the information at hand or adding meaning to said information by viewing it in the context of a pattern) and judging or perceiving. One look at the links or graph provided (below) and it's relatively easy to see which category you fall into and it's fun to imagine which realms your loved ones belong to as well. Jung, while having developed the concept of personality types through, "clinical observation [and] introspection," (Wikipedia) does pay homage in his essay Psychological Typology, to theories once expounded by the ancient Greeks which lent themselves to more modern interpretations. 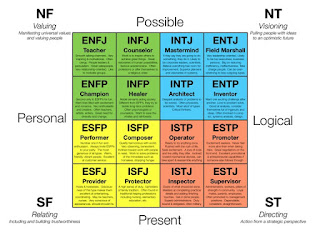 
the Greek philosopher Empedocles attempted to impose order on the chaos of natural phenomena by dividing them into the four elements: earth, water, air and fire. It was above all the physicians of ancient times who applied the principle of order, in conjunction with the related doctrine of the four qualities, dry, moist, cold, warm, to human beings and thus tried to reduce the bewildering diversity of mankind to orderly groups.

Reflecting Jung's point, it was not a philosopher but a physician who combined the four elements and qualities to produce what he saw as the four temperaments of humanity. To paraphrase the Encyclopedia Britannica, Galen of Pergamum was a Greek physician whose medical research was based, in part, on the theories of Plato and Aristotle (acolytes of our boy Socrates). Through his anatomical and historical, medical research, Galen suggested that human health was based on a balance of bodily fluids or humours which included black bile, phlegm, blood and yellow bile. When broken down, each fluid was developed from one of the four elements being (respectively) earth, water, fire or air. The creation of humours from these elements further "displayed" themselves as having either hot or cold as well as wet or dry qualities.

Like the Myers-Briggs typology, we have something of a matrix going on here. To and extent, Galen (and his contemporaries) believed that a preponderance of a specific humour affected one's temperament or personality. If you possessed a preponderance of black bile, you were thought to be quiet, serious and analytic while possessing a cold, dry quality. High amounts of phlegm might produce a temperament that is more calm and passive with cool, moist qualities while possessing more blood in the body could lead to an individual who acts more lively or courageous by comparison (and display warm, moist qualities). Finally, it was believed by the Greeks that possessing more yellow bile as opposed to other humours led to a more irritable yet ambitious disposition (while displaying a warm, dry quality). 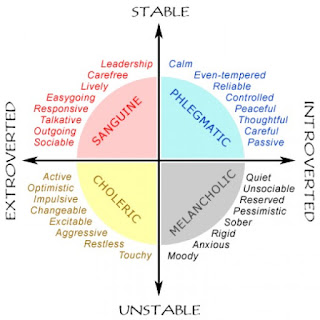 Before I wrote off the ancient Greeks as naive or superstitious, I was led by my intuition (I indeed fit Jung's "intuitive"personality type) to look up aspects of the phlegmatic temperament. I've always felt that my insides were a bit of a "sticky situation." My teenage years produced no small amount of acne and, even in adulthood, I struggle in maintaining a flake-free scalp. While these qualities are manifested mostly on my exterior, the fact that I don't get sick a lot leads me to believe that I have a lot of gunk on my insides which catches a lot of incoming germs. Like I said, I'm intuitive. I don't need hard facts as a sensing (perhaps medical professional) person might, but "humour" me. Indeed, when I read the description of the phlegmatic temperament I felt as though I was reading a description of myself as a person rather than a personality type. Submissive? Uh-huh. Conflict-avoiding? Indeed. Empathetic? Check. While the article didn't seem to be professionally written in a peer-edited journal, I began to think that, like most ancient philosophies, a grain of truth carried on from past to present even though scientific discovery has changed and developed around it.

At the end of the day, however, there is something to be said for scientific fact (obvi.) and what struck me about Jung's coverage of the phlegmatic personality type was that the ancient Greeks believed phlegm was the byproduct of inflammation. True or not, inflammation, in the present day has (scientifically) been shown to wreak havoc on our well being. Inflammation, according to WebMD, occurs when white blood cells in the body are released to protect it from foreign and potentially harmful substances. Symptoms of inflammation often include redness, swelling and perhaps joint pain (think of mosquito bites as a microcosm of the inflammatory process). While inflammation is useful in fighting off "ill-intentioned" predators in the body, it can become an issue if the inflammatory process is not turned off when its services are no longer required. In part, the foods we choose to eat can play a role in either heightening or reducing our inflammatory response. 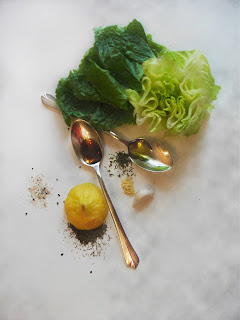 A long time ago, I remember reading an article in Vogue regarding sugar and its inflammatory (read: damaging) affects on the body. I remember at the time eating a diet high in both sugar and dairy what with being seventeen and the descendant of an Irish mother who made us drink milk with dinner. As time went on, I phased both sugar and dairy out of my diet and, to great extent, saw a clearing of my acne, a reduction in my weight and an increase in my energy levels. Again, I am not a medical professional and am sure there have been other factors influencing the aforementioned results but I find it difficult to believe that essentially cutting sugar and dairy from my diet has not produced substantial benefits. In addition to sugar and milk, alcohol and animal fats, gluten, even omega-6 fatty acids have been shown to cause some inflammation in the body. However, there are many foods which act as anti-inflammatory agents. If Galen was correct in assuming that "balance" in whatever form led to a healthy body, I've noticed that my (perhaps phlegmatic) body craves foods which are anti-inflammatory, maybe in an attempt to stabilize what could otherwise be an big, puffy sugar pot if left to my own devices.

On his website, Dr. Andrew Weil has developed an anti-inflammatory food pyramid in an attempt to aid the development of a diet rich in anti-inflammatory foods. While this guide can be helpful, there are several key ingredients in existence which pack a wallop when it comes to reducing inflammation. A list and corresponding recipes lie below.

Ginger: Ginger is a great spice. In addition to being an anti-inflammatory agent, it also has been shown to calm the stomach and has even been used in some cancer treatments (according to WebMD). I recently purchased a book entitled, The Spice Kitchen by Ragini Dey which features some very basic recipes that serve as the foundation of Indian cuisine. Instead of wheat flour (essentially the mascot for gluten) ginger paste is often used as a thickening agent as well as flavor enhancer. While I didn't want to include a recipe straight from the book and as it's too simple to adapt, I decided to place a link for ginger paste here. I can only imagine that substituting ginger paste for wheat flour in a baking recipe would be like hearing Led Zeppelin for the first time.

Turmeric: Turmeric is a great, anti-inflammatory spice. As a member of the "ginger family", turmeric is known to also known to reduce heartburn, stomach pain and headaches among other things. In following posts on 101 Cookbooks for years, I can safely say that +heidi swanson develops some of the best recipes involving turmeric I've seen. Presented are her recipes for both turmeric tea and turmeric cashews.

Fatty Fish: While turmeric and ginger descend from the same family, "fatty fish" doesn't seem to even reside on the same block as these two spices. While not even part of the plant kingdom, fatty fish such as mackerel and tuna carry omega-3 fatty acids (as opposed to the omega-6's which can cause inflammation). According to health.com, "men who ate baked or boiled (as opposed to fried, dried or salted) cut their risk of heart disease by 23%." I don't eat a whole lot of fish but when I do... I get my recipes from the New York Times. To access their recipe for tuna rillettes, click here (and if you happen to make some, share how they came out 'cause I am dying to make this recipe). 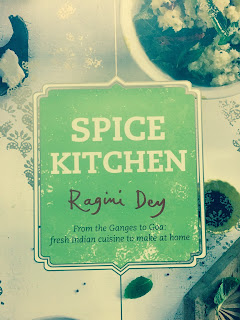 Thanks for "humouring me" through my long diatribe! Enjoy!
Posted by Unknown at 8:59 PM