Now and then, we all could use a little vaycay (or so I say to my fiancé). It's not that I don't love writing my blog, it's just that when one feels a tender ownership (or stewardship) of, there's an internal pressure of getting it right, maintaining its quality and basically not letting it fall from grace. In short, I suppose my blog is my baby. And vacations (from the aforementioned pressure) are hard to come by. But during the first week of March, I may be taking a little vacation and with good reason... me and my "baby" may be getting a new addition to our family, a YouTube Channel (and a new name). 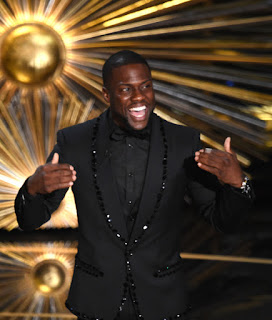 I've wanted to change the name of this blog for a long time. While the idea for a blog struck like a blot of lightening, a catchy name was not as forthcoming. In "Eat Your Ego" (the first variation of this blog's name) I tried to convey the struggle that occurs between the head ("ego") and stomach that at least persists within my own body. But after reading that this struggle is often compounded (or initiated) by the added sugars in processed foods, I changed the blog's name to Eat Your Ethos as a way to eat in a style our bodies naturally prefer (sans junk). But, at best, these titles seemed cumbersome with their three words and at worst, patronizing, as if I was telling one how to eat. But at the end of the day, I have fun with my blog and I've always wanted the name to convey that sense of playful mischief that I hope comes across in my writing. So, as I expand my "eating empire" but wish to remain consistent in name recognition, I've decided on a new nombre that I think fits the content of the blog: Eating Natty.

I recently downloaded the Urban Dictionary App. in a rage of frustration after misusing the work "fleek" for the umpteenth time. And while I understood the word "natty" as the college variation of "natural", I looked the term up on the above app. just to be safe. According to the source, natty indeed is a slang term for natural but is also a Rastafarian term meaning, 'good, cool [and/or] elite." And while the first two terms are ones I hope are associated with my blog, the last one I felt could be associated as well.

In America, eating is somewhat of an "elite endeavor". Instead of eating healthy across the board, access to nutritious foods and knowledge of them seem to run along socioeconomic lines, an unfortunate circumstance in my opinion. Because unlike a Dolce & Gabbana dress, nutritious food is something we need as a species, not as a subset thereof. So, with this new name, I'd like to poke some fun at the elitist nature of eating in America erstwhile disseminating  some important information to the Natty Ice crowd which I hope reads my blog. Either way, it should be on fleek. 😉