I'm not really a big fan of remixes, musically speaking. Save for R. Kelley's "Remix to Ignition" I usually like songs as they are and find it odd when they are all of a sudden taken up to an unbearable tempo. But "remixing", or changing, one's posture can be a necessity as most of us (myself included) suffer from posture that is imperfect. Indeed, something as natural as breathing can be revisited in order to identify areas of improvement. 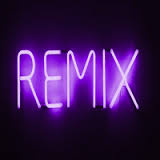 In yoga, they say the most important thing to do is breathe. Through absurd stretches which blur your vision and hundred-degree heat, we are instructed to, "keep breathing," (as opposed to run from the room screaming). Indeed, the way we breathe can effect they way in which we interpret our environment. So to aid us in this endeavor, we often discuss and conduct breathing exercises in order to ensure we perform such a pivotal task correctly.


"To breathe is to be human." ~Proverb

When I was young, I noticed that when I breathed in, my stomach moved in with the oxygen and out with the CO2. It was a little counter-intuitive (although they say the diaphragm can contract with your breath). So, whether in gymnastics or enduring meditation alongside my father, I was always a little self-conscious that I wasn't breathing in the way the teacher or practitioner instructed. As I got older and began to lose A LOT of hair both in and out of the shower, a quick Google search indicated that a poor circulation of breath could be the culprit. Indeed, as I aged more, I heard whispers of possible connections between short, quick breaths and anxiety: a notion that made sense and was simultaneously intriguing. So it was during a massage last week when I was told by the masseuse to, "breathe. No, breathe. No, Elissa, bbbrreeeeaatthhe," that I decided something needed to be done. Equipped with teachings from yoga regarding deep and correct breathing, I set about changing my ways.

I work at a school during the day which means I spend a lot of time on my feet; a practice which is done out of both necessity and intention. To be completely honest, I've become a bit of a germophobe regarding chairs within a school (particularly one's students have sat on). Plus, I'm too lazy to continuously dry clean my clothes. But standing provides a great chance to work on my posture and, as of recently, my breathing. So, they other day in class, based on yoga instruction, I took a few deep breaths, ensuing the air traveled in through my nose, circulated through my abdomen and back out whence it came. I continued this method for several repetitions, breathing in through the nose, down through the diaphragm, expanding my abdomen and letting the air travel back out. After several repetitions, I noticed my chest and shoulders began to hurt, not in a "call the medic" sort of way but in the sore way your muscles feel after an intense work out. Indeed, as I'm learning, deep breathing is quite the work out in itself.

To some extent, I compare deep breathing the the inflation of a balloon. As air is added, the balloon begins to grow; the latex stretching to accommodate its new contents. Such is the case, it seems, with our breath and bodies. As air moved in and (finally!) began to expand my stomach, it seemed as though my muscles began to expand or even "inflate" to accommodate the new flow of air. I noticed my shoulders also naturally moved from their slouched position to one that was more erect and posturally correct. This process did not come without a small amount of pain. Just as the skin of a balloon expands to accommodate more air, as anyone knows, the stretching of the muscles does not come without discomfort. But just as a balloon with no air can be crinkled and folded many times over, it seems an inflated balloon cannot be forced into such positions. An inflated balloon remains smooth with a gentle and graceful curve. To this extent, I feel as though my posture improved with deep breathing; the air entering my body inflating me towards a good stance. Just like the army of last month's inflatable Santas stood tall when filled with air, so did I.

Additionally, such concentration on the breath (which is required when learning to "breathe again") is a fundamental tenant of Zen Buddhism. Since, as living humans, we are constantly breathing, continuous focus on our breath helps us remain in the moment which can subsequently free our mind of distractions and events which are not actually present. Indeed, as I focused on my breath and filled my body with air, I did feel a sense of euphoria. I literally felt like I was walking on air as I was being filled with the substance as well as from being mentally present and lacking distractions. And while my breathing "workout" was difficult the first day, I noticed the second day was immeasurably easier (a fact I'm hoping will continue until the process of deep breathing becomes natural). And so, I invite you to try deep breathing. As they say in Yo Gabba Gabba, "try it, you'll like it." To some extent, however, just as deep breathing can make you feel "light as air" it can also make you light headed so the weekend is a perfect time to attempt this process and relax!


If deep breathing doesn't get you light headed, this video likely will!