It's ironic to "cheer" Carrie Fisher in the title above as I believe she used to have a massive alcohol problem but I'm sure she wouldn't mind being toasted for her "second act" as an unintentional feminist. While my blog has been offline, a few things have happened. I have regained my appetite which means I have inevitably regained some of the weight I had lost when my appetite equaled a net total of nothing. You may not know this about  Obsessive Compulsive Disorder (or myself, for that matter) but the above disorder can create issues with eating. And just as I assume the feminism of Ms. Fisher's is somewhat unintentional so is one's weight loss when suffering from the condition. In periods of great stress (student teaching, the loss of a loved one, making under 30K) I have seen severe dips in my appetite over the years. I know it's always temporary and that I shouldn't really buy clothes in an extra-small as I will inevitably gain the weight back but while the loss of an appetite is painful, the (unintended) side effect is not always too bad. You become massively skinny (to use an appropriate oxymoron). Yet, when you come off the stress-bender, as you inevitably do, it's tough to reintegrate yourself back into a normal diet. It's not quite like a solider being reintegrated into society after experiencing unfathomable atrocities but after eating, literally, anything you want during the rare occasions you are hungry, it's difficult to reestablish a diet that won't make you 600 pounds of nacho goodness. So, oftentimes, as I regain my appetite, I begin a strict diet. But this time around, something has changed. Perhaps it's the fact that I'm getting older but during the past few months, I'm not so concerned with trying to keep my weight down as my appetite rises. Instead, I'm making a concerted effort to stay true to my body's needs. 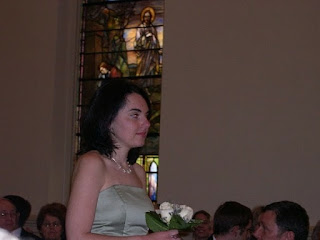 I've always gotten by on my looks (which is to say less about my looks and more about my terrible personality). I've always tried to keep my weight-down, in what can be a subconscious arms-race among women but this does not mean I've always been healthy. Aside from the times I was fed solely by may parents, say 'till about thirteen, I've consistently tried to stay trim, not so much for health reasons but for aesthetic ones. At first, I tried to eat healthy, which as a teenager, meant no Applejacks. As I got older, I cut meat out of my diet, like my father, but for not the same, spiritual reasons he held. I then ended up reintegrating meat into my diet but essentially stopped eating meals and relied on a lot of ice cream to fuel me through the day. Through the trends above, I really was never thin. In fact, I carried quite a bit of weight, because for every ounce of nourishing food I cut from my diet, I welcomed in an exciting sugar fix. I assume my rationale was something like, "I skipped a meal, so I'm dieting." But, if you've ever read Salt, Sugar, Fat (and if you haven't, you should) you know just how hard putting down the sugar-laced food can be. And it was all done to look the part of messages that we constantly see regarding women's bodies. 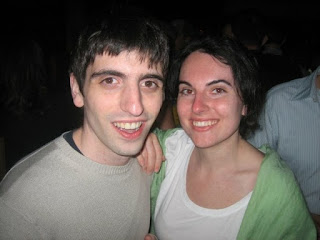 I'm getting to the age where I can physically tell a lot of models, athletes and celebrities are younger than me. I remember these realizations first beginning to occur when I graduated from college and was stunned to learn that the 320 pound linebacker on the New York Giants was two years younger than me. And so, being bombarded with images of ultra-thin beauties doesn't bother me too much. I'm in a different age range as these people and while I may look too sometimes keep my weight down, I know I'll never keep my age at the same level. However, no matter your age as a woman, there is a general mindfulness about one's weight (at least in the Western World). We see the images, we know the expectations. But as Ghandi once said, "you must be the change you wish to see in the world." This is why I was so taken with Ms. Fisher's comment that, "youth and beauty are not accomplishments," as she defended the natural aging process to twitter trolls (link here). Ironically, my New Year's resolution this year is not about losing weight but (in a nod to Ms. Fisher's comment) it is about being healthy and not focusing on my weight. It leans towards focusing on what my body needs. It should be an interesting year. I hope you come along for the ride with me. 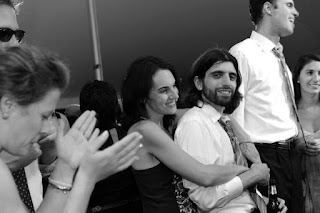 Thirties: they boy is the same but the weight has changed (and will continue to do so).
Posted by Eating Natty at 3:28 AM