I once worked at a school inhabited by well-bred women. Women who knew about the Philadelphia Flower Show, about which fruits were in season and could foresee the Kentucky Derby coming from two weeks away. However, growing up in a family that could trace its heritage back to Ellis Island, I was not steeped in such nature-based traditions. Perhaps this is why, in Moral Arguments, I stated I wasn't the largest fan of nature. My grandparents, growing up in the tenements, were inclined to view animals as wild beasts and were certainly not taking the Main Line into Philadelphia for any occasion, especially a flower show. But, one thing they were keen on was health. 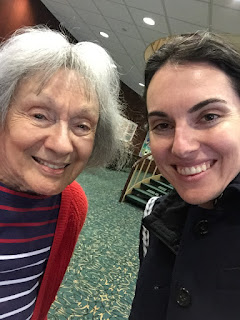 Perhaps this is why I moved to Virginia. They say we try to account for balance in our families. This may be why my father became a cardiologist when his parents suffered and/or are suffering from health-related ailments such as high blood pressure, and I attempt to garden and write a blog centered on eating naturally. The South has a diet of its own (might I suggest Lodge's Cast Iron Nation to whet your appetite) and its climate is just a bit more amenable to growing crops than that of New England (see: Civil War). So living in a warmer climate and among gardeners who benefit from it respectively, has exposed me to a tradition unfamiliar to my forebearers: the cultivation of a green thumb.

I really don't have a green thumb, I'm just trying to acquire one and not due to the pursuit of leisure like my more well-heeled neighbors. Being from a family of immigrants, I hate wasting food. So composting, while fitting squarely in the realm of gardening, also appeals to my more frugal side. But, ironically, planning for and producing such compost has aligned me more with the activities of the... Main Line, shall we say.

In The Art Of War, Sun Tzu places preparation at the forefront of warfare. Indeed, preparation is key to any pursuit, particularly gardening. The continuation of life, whether through growing crops or child-rearing, takes planning. As they say in The Legend of Bagger Vance, "the rhythm of the game is like the rhythm of life," and following the seasons: the patterns of the sun and its related consequences on our surroundings puts us in line with something greater than ourselves. But I promised this would be a "light" post.


"Right here is where this game is won. Right here on the green."

So, unless you're foraging... playing the real game before the game, gardening takes planning. And just as I referred to "posts before the posts" in Moral Arguments, planning, in the gardening-sense, often takes place in the season before the season (read: in Winter before Spring). Last year, when I began reading in preparation for my garden, I often came across the fact that farmers considered soil their greatest asset. Healthy soil often led to healthy crops and, just like our bodies, I'm assuming soil is at its healthiest when composed of les materiaux naturelles.

According to that blurb that comes up when you search for something generic online, composting is, "a simple way to add nutrient-rich humus which fuels plant growth and restores vitality to depleted soil." But how do we do it? That's easy as well. According to the EPA, composting, "requires three basic ingredients," mainly what they call browns, greens and water. Creating a compost pile requires an equal amount of browns ("dead leaves, branches and twigs," according to the EPA) to greens which is organic matter ranging from nail clippings to carrot tops (which definitely belong in the compost heap). The site goes on to provide the benefits of composting as well as tips to begin creating a compost pile in one's backyard. But the point remains: when we eat better, we are doing something better for the environment by returning parts of organic matter whence from where they came. And thus, once again, we are part of the circle of life.


And, if you need a compost bin to get started, I purchased mine at Williams Sonoma: to appeal to my frugal side. ;)
Posted by Unknown at 7:57 PM