I remember watching a scene from one of my favorite movies, Munich, in which the main character says to another something akin to, "beware, the local honeypot." At the time, I thought "the local honeypot" was a more colloquial term referring to a provincial girl whose beauty attracts and "catches" men, like honey. Years later, I came to find that the term was more appropriate to the movie in that, according to Wikipedia, it more narrowly refers to, "[e]spionage recruitment involving sexual seduction." So yes, the "sweet" part still remains but the term seems to refer to catching state secrets as opposed to prospective husbands. In the culinary sense, the term "honeypot" actually refers to a pot one fills with honey but the parallel remains that honey is a sweet item in which nutrients and flavors can be caught and thus, delivered to the gourmand. 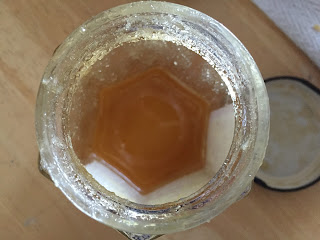 One book which changed my life, French Women Don't Get Fat, once referred to pasta as a "matrix" in which other, healthy ingredients could be embedded. Indeed, more recent foodies have utilized honey in a similar manner, mixing in turmeric and pepper to make an anti-inflammatory tea or spinning it with balsamic vinegar to create a detoxifying concoction. Several months ago, Heidi Swanson of 101 Cookbooks put out a recipe for turmeric tea which got me thinking... honey can serve as a base with which to deliver other flavors and nutrients into one's tea. While I often identify an ingredient and then espouse its benefits, below, I've tried to identify honey/spice combinations which can be used to remedy particular ailments. Since honey is an antimicrobial which carries "sweet" benefits in its own right, it is the perfect additive to make "the medicine go down" in the contemporary era.

Note: Throughout the following combinations, raw, local honey should be used where possible. While the intake of local honey can be used to help combat allergies, raw honey often, "retains more nutrients," compared to its processed counterparts, according to Livestrong.com. 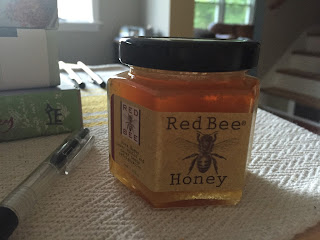 Metabolism Booster: Honey and chili powder
According to WebMD, capsaicins (found in peppers) essentially have been shown to raise body temperature which causes one to burn more energy and thus, lose more weight. While chilies won't help you shed pounds directly, they've been shown to suppress one's appetite as well, making it a key "ingredient" in weight loss. If anything, combining 2 tbs. of honey with a dash of chili powder in 1 cup of hot water will certainly warm you on a winter's day.

Oral Hygiene: Honey and ground cloves
As stated before, honey acts as an anti-microbial, fighting off certain bacteria. Cloves, however, can also do wonders for your oral hygiene. From acting as a remedy for bad breath to curing a toothache, cloves can be applied to a melange of things oral related. Just crush 1 and 1/2 tsp. with a mortar and pestle or in a spice grinder, mix with 2 tbsp. honey and add hot water.

Cardiovascular Cure: Honey and cinnamon
Let me be clear, "cardiovascular cure" is a bit of a misnomer. While some studies have shown cinnamon to have positive effects on reducing one's blood sugar and/or cholesterol levels, results have been inconclusive, according to WebMD. Nonetheless, cinnamon and honey is a sweet combination which, if anything, will tickle your taste buds. Instead of pre-ground cinnamon, however, I like to use cinnamon sticks which can be broken apart and ground in the spice grinder or grated with a cheese grater. Like the recipe for clove and honey tea, just mix 1 and 1/2 to 2 tsp. ground cinnamon with 2 tbsp. honey and mix in 1 cup hot water and enjoy! 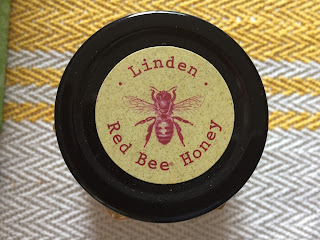