When my father got into Buddhism... it was long before I could remember. But when he started talking to me about Buddhism (somewhat to my dismay), he mentioned that it was mostly based on breath. While Buddhism carries icons and rituals much like any other religion (I recommend the tea ceremony if you're feeling particularly stressed), the practice of meditation is generally centered on one's breath because, as I've read in some books, it's what stays with you through life. And indeed, many things come and go but as long as we're living, we're breathing. So while I eschewed talk about and references to Buddhism throughout my teenage years (kind of like I do now), I did find some meditation helpful. However, the idea of "nothingness" and quiet contemplation never sunk in as a JAP-Y, active girl. So when I came back around to the idea of breath, it was through athletics which I felt to be quite meditative in my adult years. Through running, yoga and general nasal cleanliness, I learned there were different forms of breath that one could use to generate energy and a sense of calm. So I decided to compile some of these breaths in order to find which ones work better for which exercises. Enjoy!

Ujayii Breath: I begin with ujayii breath because it's the first breath I learned about in any real capacity. While we can literally breathe without thinking about it, ujayii (otherwise known as the breath of victory) is a conscious pattern of breathing which, "[balances]... the cardiovascular system, releases feelings of irritation and frustration, and helps calm the mind and body." At least according to The Chopra Center. To preform said ujayii breath, simply...

It sounds simple but what 's the harm in trying it if you're irritated or nervous (two instances in which The Chopra Center says you should use it)? While I've mentioned that Buddhism isn't really my thing, I have always loved their related phrase which can help reiterate why taking a breath in a moment of frustration is so important: 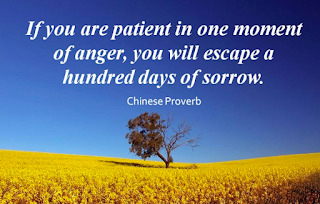 Diaphragmatic Breathing: Per quarantine, I have been running a bit more. It's nice to get outside and breathe in the fresh air but I've noticed the breath that accompanies a pretty strong heart rate is different than the one employed for yoga. So on account of my renewed interest in aerobic exercise, I decided to do a little digging as to which breath is best.

Ironically, while exercise grew into my form of meditation as a way to induce calm and generally not pop off on people at a moment's notice, the practice has made me come full circle to focusing on my breath. While the practice of (hatha) yoga often employs ujayii breath as the best way to move between postures, I've noticed that running calls for a greater mindfulness on one's breath as there often isn't a teacher to coach you through the process (at least during quarantine). Additionally, when it comes to more cardio-based exercises (a category for which I don't think yoga necessarily qualifies), it seems that our main goal becomes spreading oxygen throughout our bodies as efficiently as possible. In this sense, diaphragmatic breathing takes precedence.

As stated before, breathing is generally innate. But, if you're like me, you're likely to be engaging in some shallow chest breathing which can bring about feelings of anxiety and stress (according to Self Magazine.) Diaphragmatic breathing, however, is a form of breath where you allow oxygen to bury all the way down to your diaphragm (the space between your, "chest and abdominal cavity") which can deliver more oxygen to your lungs. By performing such a technique, we're less likely to fall victim to abdominal cramps which can suck donkey balls for sure. In order to practice diaphragmatic breathing so that we're more prepared when we hit the road (or treadmill), strength coach Mark DiSalvo (via Self Magazine) tells us to:

1." [Lie] on the ground with one hand on your chest and the other on your belly."
2. "As you breathe in slowly through your nose, notice if you chest rises or your belly rises or both."
("Just the belly should rise and fall")
3. "Think about originating your breath deep within your belly, and stay mindful as you continue inhaling and exhaling."


Breath for Some Serious Relaxation: Several months ago, I looked up songs that could induce relaxation. The idea (whether right or wrong) was that our bodies could be vibrating at certain frequencies and could possibly be relaxed by others. As we all know, atoms vibrate at a certain frequency and I decided to take a huge leap of faith and see if sound waves could eff with said frequencies in order to make up more alert or calm. Of course, my research couldn't really find if this was the case but I did learn about different brain waves like delta (the most relaxed of waves that can be reached through deep meditation), alpha (waves that exist when we're generally relaxed) and beta (the waves which can be found in our minds when were out and about, a bit stressed in our daily lives). And while there weren't songs that seemed to get us to the delta level (you kind of have to dig there on your own), there were some songs that could help put us in the "alpha state" like "Strawberry Swing" by Coldplay or "Someone Like You" by Adele. More more (posts) on that later. Indeed our breathing methods can bring about a state of stress (as seen above with shallow breathing) or calm. In order to induce calm through breathing, Anxieties.com informs us to:

1. "Take a long, slow breath in through your nose, first filling your lower lungs, then your upper lungs."
2." Hold your breath to the count of 'three'."
3. "Exhale slowly through pursed lips, while you relax the muscles in your face, jaw, shoulders, and stomach."

According to the website, if you do this ten times a day, you're in good shape. And while this may seem like a lot, something I've learned in quarantine is that things never take as long as we think they will.

So there you have it. A few breathing techniques to get you through the day whether you're running, doing yoga or in a state general stressed. At this stage in time, we should be doing all these things. Breathe easy, my friends.