Life as a House

Awhile back, I, along with a guy I was dating, rented Kevin Kline's Life As a House. Of course, the movie was pretty much as bad as our relationship and I was relieved when both things came to an end. However, with my evolving views on food, I've come to view our bodies as houses in which foods serves as the decor.

Although I went to school awhile back, I remember learning in my education courses that students gain strong understanding through comparisons. While one may not learn all the details of the Magna Carta signing (according to Jon Stewart, American students are required by law to only know it was signed in 1215), students will generally understand the document's fundamental purpose by comparing it to a situation in which they've asked their "strict" parents for greater leniency at home. And, lately (for whatever reason) I've been comparing the foods we eat to the decoration of a house.

I love interior decorating. Unfortunately, I don't decorate much in the small room I rent in D.C. But I dream of the day I can do it. However, due to budgetary constraints, I'm big on accents over essentials. While I love to shop, the thought of looking for a couch makes my stomach turn. Looking for a lamp however, turns me on... partially for the sake of the pun. However, this emphasis on accouterments or decorative accents once traveled into my dietary habits as well, eating non-essential sugars before delving into any minerals or proteins my body needed. And, as such, my body was thrown into an unbalanced rage of hormones, food addictions and mood swings... all of which I thought were normal until I finally went "couch shopping." 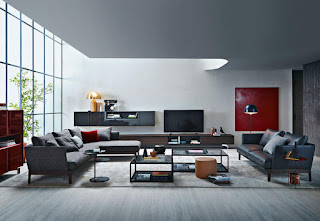 I refer to the post Candid-dida a lot but, truly, many of my current thoughts on food derive from the practices cited within. Switching purely to a natural diet (replete with Soy Dream and Almond Breeze) woke me up to the nutrients my body truly craved as well as the way different foods made my body feel... for better or worse. What I truly learned was that my body was consistently hungry because it wasn't getting the nutrients it required, just as someone might be constantly uncomfortable if they never had a seat in a house to sit on. While one may spend time on the hard floor, in the above situation, they'd constantly be searching for a comfortable couch.

I remember shopping for couches with my parents at a young age... my brother and I dragged along to sterile warehouses because my parents couldn't find (or more likely wouldn't pay) for a sitter on a Saturday afternoon. Such was the mindset of the previous generation: they saved for essentials, bought them and made their kids behave while they did it (and when they didn't, they couldn't go to McDonald's). Fully including myself in the forthcoming group, the generation of today (with some exceptions) is of a new breed. We're either too poor, too impatient or, (in my case) too indifferent and delusional to save for something as utilitarian as a couch - how else would we pay for our free-range chicken? On the whole, we want different things and that's great. I remember reading in Bazaar that a particular socialite claimed to favor, "[having] the latest shirt on her back rather than a chair to sit on." But, perhaps, we as millennials are still maturing because, as I found with eating, there's a certain humility in sacrificing what's exciting (chocolate) for something less sexy (chicken) but helps keeps our bodies (and, by proxy, lives) on an even keel.

It's important to have a couch and a concept of its spelling.


Youth is an exciting time of life. By definition, there are less responsibilities and more time left over for pleasure-seeking. For me, this temptation came in the form of sweets. I'm not sure if growing up in a family where sugary cereal was shunned set me off but candy released my inner Catholic school-girl and because my vices were laced with sugar, I literally became hooked consuming cupcakes, cookies and (mostly) ice cream in lieu of broccoli, fish or anything healthy. Because to make up for the caloric density of the products I was consuming, I let go of those less tempting just as one might forgo the purchase a couch or table to hang a pretty picture on the wall. Indeed, akin to the interviewee from Bazaar, I filled my "house" with cute end tables and paintings before realizing I had no place to sit. One may say, empty calories led to an empty house. So below, I've made my own little comparisons from furniture to food - those which are for function and those which are "fancy". Enjoy!

From the Couch to the Kitchen Table: Even if you live in a studio, you'll usually have a small kitchen, bathroom and living room/bedroom. And while bathrooms often come equipped with related essentials, the smallest space to the largest will have a place to eat (table) a place to sit (futon) and a place to sleep (futon) - at least in my situation. A larger house is usually a play off  this simple structure, simply with more rooms to sleep and sit - often featuring nicer fabrics. And while humans live in similar structures, we often benefit most from the same foods.

There's a reason why kale is a super-food. It's generally healthy for all individuals (barring some conflict with thyroid issues). For the most part, a diet centered around dark, leafy greens, beans and meat is what will provide most humans with their core nutrients. If you're ever feeling low, try the recipes below.


Accouterments: Once our core pieces (or foods) are in place, we can make things a little more comfortable... or flavorful. This is where nightshades come in. Just as throw blankets, pillows and decorative lamps seem to make a room more cozy/habitable, sauces, broths and herbs can serve to "spice up" a particular dish. Tomato sauce over chicken, dipping cucumbers in baba ganoush and serving potatoes alongside a meat dish can add to the sense of comfort and flavor it delivers without often serving as the main feature.

Kitchen Utensils: I've written nuts up as a form of kitchen utensils because, while they're essentially essential, they often go unnoticed to guests in a home or someone new to healthy eating. As such, I've only begun adding nuts to my diet, mostly because you can buy them in bulk, controlling the size of your purchase and also because they last a long time and serve as a great source of protein, magnesium and selenium... the last two of which can help with a good night's rest.

And just as one has a unique preference about how they might decorate a house, individuals often prepare ingredients to suit their specific inclinations for temperature, texture and cooking style. As for me, I'm a lover of liquids. Soups, juices and even dips qualify as my favorite physical forms of food. And so, when it comes to nuts, my blender has become a proverbial trash can in which I throw my half-full boxes of coconut juice, quarter cups of coffee and half eaten chocolates alongside a handful of nuts to create my new favorite drink... adulterated nut milk. For a basic recipe (sans half-eaten chocolate) click here.


Art: While I like creating art, I'd really never think of buying it in its most formal sense. Aside from a few $35 pieces from Marshall's and maybe several drawings sold online, I can't wrap my head around why anyone would pay $20 million for a painting. It's not that I don't (and will never) have that kind of money... I can somehow see why a person of a certain tax bracket might drop 1 million on a ring, several million on a house or several homes for that matter. But a painting, something that doesn't even break into the third-dimension, should not add up to something which could feed an army, I think. So, unless you have a lot of disposable income and/or a body that can metabolize calories in the blink of an eye (which might just make you Melania Trump), most of us, financially and physically, are destined to watch what we eat (and spend), making sacrifices here and there... walking the tightrope wire of balance. And, that's not such a bad thing. 'Cause if things came easy, we might rely on such exciting sugars to fuel our days, playing fast and loose with our hormones as cited in the situation above. 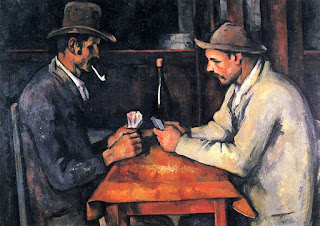 So, as I see my youth phase out in favor of a more solid entry to adulthood, it's no coincidence that I've had to make certain concessions as to what my reality is over what my idea of it may be. It's come with a realization of what I can spend (or more often can't) and what I want to spend things on. And yet, as I begin to eat more naturally my spending has gone down as I literally loosen my grip on lattes, alcohol and ice cream in favor of kale that's on sale. The ultimate irony is that, as I buy healthier items, my body is not constantly searching to spend on new ones which can deliver the nutrients it actually needs. Gone are the days of buying ice cream and wanting to buy more... either to satisfy sugar cravings or in an attempt to give my body the nutrients it needs. I've finally become comfortable on the couch.