I want to start doing videos to accompany this blog, mostly having to do with the development and maintenance of chakras or centers of energy in the body (according to Ayurvedic tradition). When I was in college, I was forced to take a one-credit karate class in order to fulfill my graduation requirements (it was not so much the class as it was the credit I needed). I would change into my gi or formal uniform and awkwardly walk several blocks to the studio in town trying my best to avoid detection. While I was happy to take what I thought was a blow-off class to finish off my academic career in leisurely style, I quickly became aware that the class was anything but a waste of time. It was here, at a small karate studio in Harrisonburg, Virginia, that I gained my first exposure to the traditions of Eastern Medicine. While not going into too much depth, we learned about the meridians of Chinese Medicine and how they could be applied within the context of self-defense. Meridians, as I remember from class, are certain connections in the body that, when blocked, can be lethal to an opponent (or, if you're an asshole, could be lethal to a non-opponent). According to the Academy of Classical Oriental Sciences, meridians are essentially "energy highways" in which your "Qi" or energy flows. I'd previously been familiarized with the concept of of Qi (pronounced chee) through my father's Tai Chi practice and indeed it is the pressure points of the meridians which are accessed in the practice of acupuncture. And as in work with chakras, both Tai Chi and acupuncture seek to keep the flow of energy unblocked throughout the body in order to generally stave off bodily ills. Just as stagnant water might develop issues with growth and bacteria, the above practices seek to keep our Qi moving like a river where it can push away toxins as opposed to feeding them (drinking water can't hurt in this process, either).

Upon hearing about meridians, I was immediately struck by the connectivity of this concept compared to the seeming isolation of Western medicine with its focus on the nervous system or the gastrointestinal system, the heart or head. Indeed, the Academy of Classical Oriental Sciences states that:


It is tempting to think of the meridians of the human body the same way as we think of the circulatory system as the meridians are responsible for the distribution of the basic substances throughout the body just like the circulatory system, but here is where the similarities end. Conventional anatomy and physiology would not be able to identify these pathways in a physical sense in the way that blood vessels can be identified.

And just as Eastern Medicine, I assume, refers more to the intangibles in the body (just like Asian parents focus more on teaching their children intangible verbs as opposed to tangible nouns) it also places a greater emphasis on the concept of balance. This is where ideas of yin and yang come in. In the system of meridians, energy flows along channels, each of which has a yin and yang counterpart. According to the above academy, "Qi flows from the chest area along the three arm Yin channels (Lung, Pericardium, and Heart) to the hands. There they connect with the three paired arm Yang channels (Large Intestine, San Jiao and Small Intestine) and flow upward to the head." But as we move West towards the Indian subcontinent (where the Ayurvedic tradition began) we see the fading of ideas regarding yin and yang and the emergence of a new balance between Eastern and Western Medicine.

When I taught eighth-grade Social Studies, students wanted to know why we had to learn about Maslow's Hierarchy of Needs. Indeed, the hierarchy may seem intuitive to a child who, by definition, may be more impulsive in meeting their needs (this is why few may classify Donald Trump as an actual adult). But I have found, ironically, this hierarchy becomes more complicated to an adult who may seek to put the needs of others before themselves (toddler probz) or is faced with difficult decisions where certain energies (or needs) are blocked due to fear or uncertainly (maybe you didn't take the job you wanted because you hoped for a more predictable cash flow, etc. Again, this is why no one would classify Donald Trump as an adult). The chakras, as I have found, correspond quite well to Maslow's Hierarchy (a veritable pillar of Western Psychology) which, I think, makes the idea of energy centers more accessible to Westerners in general. 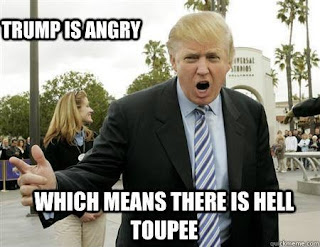 Ironically, the most helpful video I've found on the topic of chakras comes in the form of a cartoon called The Last Airbender (can be found in the video below: it's actually pretty good - and accurate). However, chakras can also be explained quite quickly in writing. I spoke about chakras in Posturing  but will also speak a little about them a little here. More videos and information to come. Enjoy!

Muladhara: Located at the sacrum or "root" of the body. This chakra deals with our basic needs much like Maslow's Hierarchy involving elements which contribute to our survival such as food and water, sleep and a consistent body temperature. According to some holistic practitioners, people often want to attempt to open their final chakra when they start a spiritual practice but just as we can't fulfill our goals of self-esteem if we are malnourished, we can't begin to open our other chakras truly until we unblock the first.

Svadhisthana: The Svadhisthana chakra is located near the public bone and as such deals with creativity. This creativity can be expressed in the form of pro-creation (as its location implies) or simply in creative endeavor. Oftentimes, I wonder if I cook so much because I don't have children. At least I am creating something? I often think of a sea turtle a symbol of Svadhisthana because it lays its eggs under the moon, representing the feminine and lunar energy of the chakra.

Manipura: When people say, "go with your gut", they are talking about the Manipura chakra. Indeed, the chakra is located near the stomach or solar plexus and deals with the themes of confidence and personal power. As such, having confidence to make decisions is dealt with in this chakra as it also is in the third stage of Maslow's Hierarchy.

Anahata: While Manipura deals with what we feel in the gut, Anahata deals with what we feel in our heart and as such encompasses ideas of compassion. When we call someone a "sweetheart" we often mean that they care for the needs of others. Once we care for our own needs, as the previous three chakras dictate, then we can finally care for others as well. I have seen this in my own life as I have felt more secure in the first three chakras.

Vishuddah: The fifth chakra located near the throat and as such, deals with what we say and how we communicate. If we lie (to ourselves or others) and tell un-truths, this chakra can be blocked. And while our body language can unintentionally communicate with others, our intentions count for a lot so Shine a Light or Shine on You Crazy Diamond.

Ajna: The Ajna chakra is located between the eyebrows where the "third eye" is said to be located (and, specifically behind the third cerebral ventricle - Coincidence? I think not). Indeed, Third Eye Blind's early album shows a picture of a woman with her hand over her forehead, covering her "third eye." The third eye is said to be the eye of intuition, sensing that which is invisible to the eye but known to ourselves. The third eye (granted, according to crystalinks.com) is also said to be associated with the pineal gland which is found in the center of the brain's two hemispheres and is not outside of the blood-brain barrier. According to the Encyclopedia Britannica, the pineal gland is an aspect of the endocrine (read: hormone) system which plays a role in regulating our circadian rhythms. Shaped like a small pinecone, the pineal gland is said to be referenced in much ancient art as in the sculpture below. 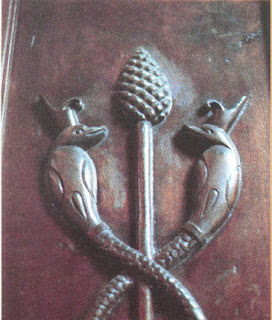 Sahaswara: Located at the crown of the head so, enlightenment.
Posted by Unknown at 5:32 PM