I was born in Connecticut, raised in Rhode Island and went to school in the South. Growing up in New England was not exactly a sensory experience in the real sense of the word. The trees are dark (ever) green, the ground is rocky and the sky is gray. It's easy to see why the Puritans settled in an area which environmentally reflected the severity of their own daily lives. This is perhaps why I settled in the South.

On our first visit to Washington D.C. we sat at a white, linen table and discussed how our food had bit of a kick to it. "They make things spicier in the South," my mom said. Just like the doctor explains to Tom Cruise at the end of Vanilla Sky that his life was directed by a handful of images which impacted his subconscious, this small experience began my love affair with the South.

When I got to college, (I chose the South, obvi.) I roomed with two girls who were from the "country chambers" of Virginia. Going to a large, state school, many students hailed from the staid suburbs outside D.C. My roommates, however, came from Roanoke, a small city in the southwest of the state. Coming from the region, they spoke with a more relaxed cadence and cooked using anything (natural) they found in the fridge. "Kitchen sink cooking" I called it after my roommate pulled out a chicken carcass from the fridge after a large dinner with our respective families. "We can make soup," she claimed. Growing up in New England and being perplexed by the jars of Campbell's Soup which read Cream of Broccoli ("how did they extract cream from broccoli?" I'd ask) I knew nothing about the fundamentals of making soup from scratch.

These days, things have changed, I now know the basics of broth making (although I rely pretty heavily on bullion) since I've begun educating myself on the fundamentals of cooking. As I've done so, I've found the basic tenants of my grandmother's cooking increasingly helpful compared to those of my mother's generation. Enter and article by Kim Severson entitled Starve a Landfill.

In Severson's article written for the New York Times, the author details the rise of a generation increasingly concerned with the preservation and use of whole foods and a league of top chefs who are following suit. As an example, Severson notes the practice of "red flagging" cans in Seattle with decaying organic material which could otherwise be put towards compost. This trend, Severson claims, arises from a recent paradigm shift in which the waste of food is "unfashionable". Call it budgeting, call it a concern for the environment or our own health (which can be traced back to budget if we consider health and the possible avoidance of pesky medical bills) but "kids today" are cooking more like their grandparents, Severson notes, than their parents.

In a few posts back, I reference Avec Eric, particularly the show which featured Marcus Samuelsson. Samuelsson, who was born in Ethiopia and raised in Sweden, spoke about how his grandmother was the type to, "[do] roasted chicken [one day], the next day... do chicken soup and the third day... do chicken dumplings." Hearing this quote brought me back to those salad days of college when my roommates would make their "kitchen sink soup". As I have grown older, gained a budget and learned more about cooking, I have adapted my own version of sink... Or, let's say, "Southern Sink Soup." Know your roots, ya'll.

On a recent episode of The Splendid Table, host Lynne Rossetto Kasper interviewed two women who spoke about bone broth. Recounting her past, one woman spoke of how she suffered many ailments as a child yet only found healthy eating as an adult as a means to remedy the situation. One factor in her healthy regimen was bone broth, which both women used. Throughout the week, both women collected food scraps, a natural byproduct of their cooking. Some scraps included the natural paper surrounding onions or garlic cloves, pits of fruits or the bones from meat. Thrown into the pot at the end of the week, covered with water and barely simmered for twenty-four hours produced their mystical broth which struck me as an ingenious idea. For weeks, to the possible aggravation of my roommates, I collected food scraps in a plastic bag to eventually give to my neighbor who had a large and consistently used compost bin. Now, I collect like items in a sealed, plastic container (I need to make a date to buy glass Tupperware!) and use them at the end of the week to make a starter broth for sink soup. 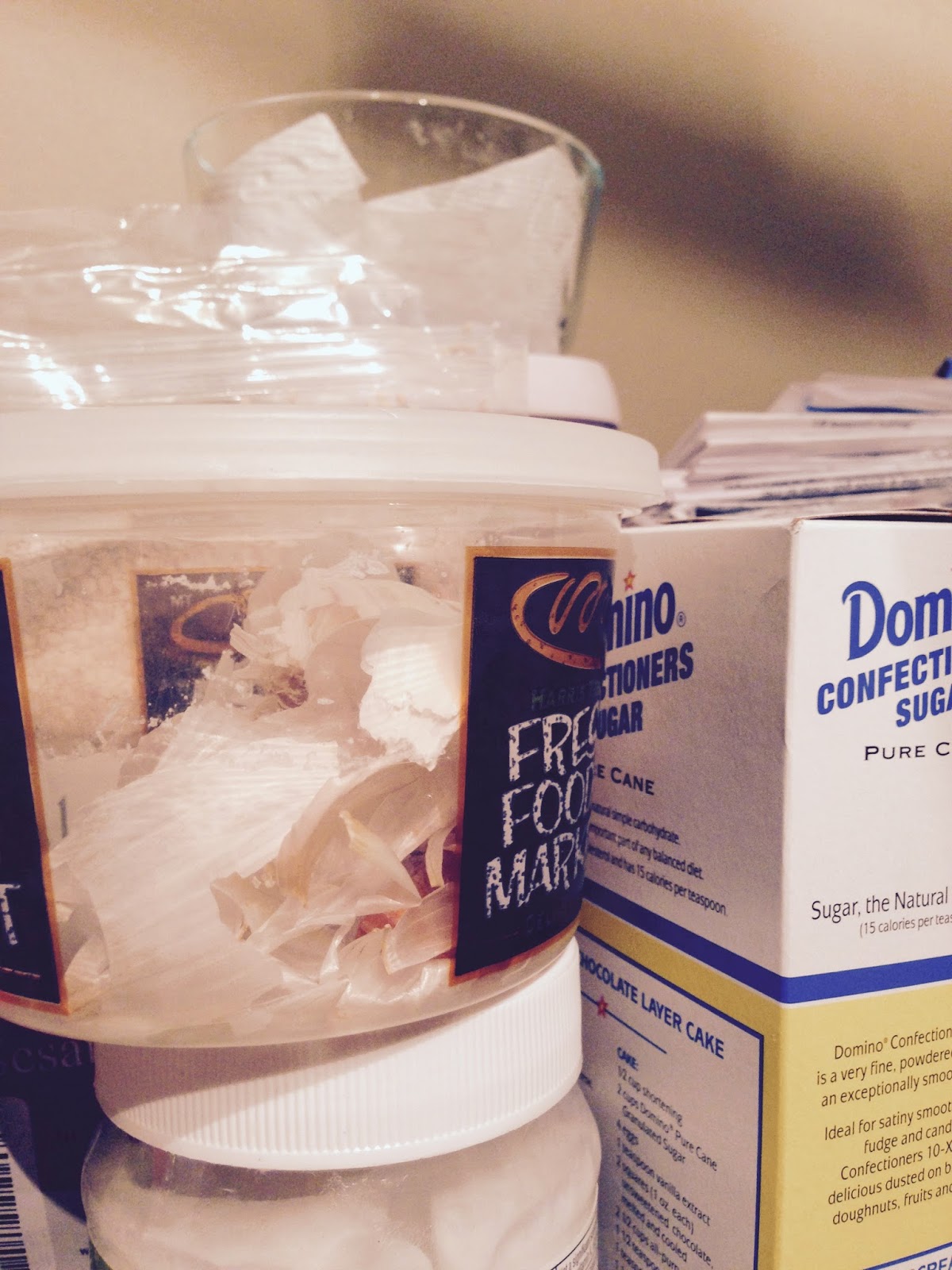 Since I don't eat a lot of meat, my small amount of scraps are mostly composed of vegetable trimmings but, unlike buying specific ingredients for vegetable stock at the store, I'm able to save time and good buy simply using what I have in my pantry. This points to another issue brought up in Kim Severson's article, Starve the Landfill. In Seattle, there is a pastry chef by the name of Brandi Henderson. At the Pantry, a "collective kitchen" where cooking classes and culinary events are hosted, Henderson makes it a point to teach techniques in "food preservation" to those wishing to learn. Just like millennials are skipping a generation by going back to the more natural foods of their grandparents, the concept of food preservation can also extend beyond our parents freezer as we learn to be smart and creative with parts of food previously deemed as disposable. In her own words, Henderson states that, "[s]o much home cooking waste is from shopping from a recipe... Someone will use that weird curry paste once and then won't have the confidence to think: 'Hey, this curry paste is really good. I'm going to make some fried rice with it or saute some shrimp." The general transfer of ingredients between recipes is attainable with a knowledge of basic flavor profiles. Does it taste salty? You can probably substitute it for soy sauce. Is it an allium? It can likely be substituted for onions. At this point, since healthy cooking is a matter of budget, I often substitute several cloves of garlic for onion or water with soy sauce for chicken bullion. However, eating natural foods additionally provides the environmental benefit of using their remnants in soup stock. At the end of the week, I throw all my scraps in water and boil them down, giving me a new stock and a good feeling of making the world a little more sustained.

For more tips on how to reduce waste in your kitchen, you can click here. 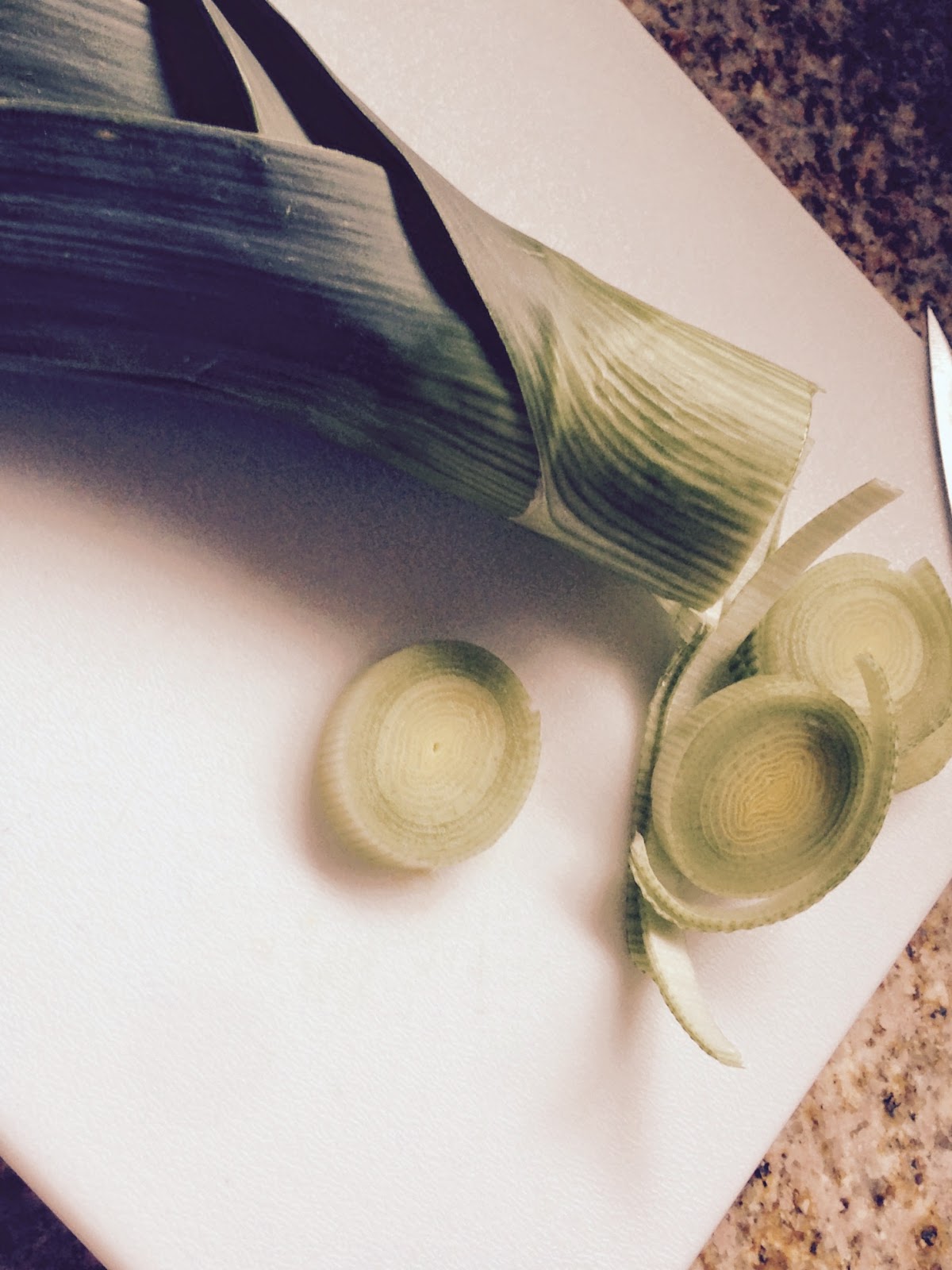