Spice it up, suckas. As of late, I've been looking for ways increase my daily spice intake. While formerly viewed as an accouterment for dishes, adding an extra kick, spices also carry weighty health benefits, as I've stated before. While I may not have all spices on hand which a recipe may call for (I've been lacking in the cardamom department lately) I can usually find a substitute or simply readjust my proportions to create a new flavor profile. After reading a few recipes, such as the one for braised chickpeas with carrots and yogurt topping, I came to find new spice combinations which could be used. Instead of using only sweet or savory spices, they could be combined to add to a depth and complexity of flavor. Now, a combination of cinnamon, cumin, ginger and turmeric usually show up in my dishes. Besides adding flavor, these spices can reduce inflammation and pain (boo headaches), aid in the regulation of blood sugar or even help cure the common cold. What's not to like? As stated a few posts back, I typically combine the above spices and, if cooking vegetables, throw them in the pan one the veggies have softened turning to coat. As you may not know, I am a vegetable fiend and generally feature them as the prime element in any dish. In the winter, cauliflower and kale are my best friends but I often miss out on the presence of protein. Since I'm not a huge fan of meat, I often turn to beans to add some variety to my diet. I was raised with a father who ate chickpeas on the daily so it's pretty much my go to bean. However, I came across some cashews and limes which needed to be used ASAP and decided to make chipotle-spiced cashews and pecans with pretzels. As I only had cashews on hand, that's all I used and adjusted the proportions of seasoning accordingly. I figured 3 tbsp. of cayenne pepper (which I substituted for chipolte) was a bit much for only one cup of nuts. The recipe came out well, if not a little burnt, however, as I was making it, I realized, "what a great way to incorporate spices into your diet." While the above recipe called for chipotle, cumin and garlic among other spices, there's not rule one couldn't use paprika, turmeric and/or cinnamon in any combination they choose. In this case, it's important to know the flavor profiles of your spices. So far, I've divided them into neutral, spicy and sweet. Proportionally, as I may have referred to in a few posts back, I found that many recipes use one part neutral spice (such as turmeric) to 1/2 part sweet (like cinnamon) and 1/2 part spicy (such as cayenne). Suffice it to say, I didn't cross study too many recipes to find this combination but, in addition to the chickpea and yogurt recipe above, I also looked at Daniel Boulud's chicken tagine recipe. More on flavor profiles to come. 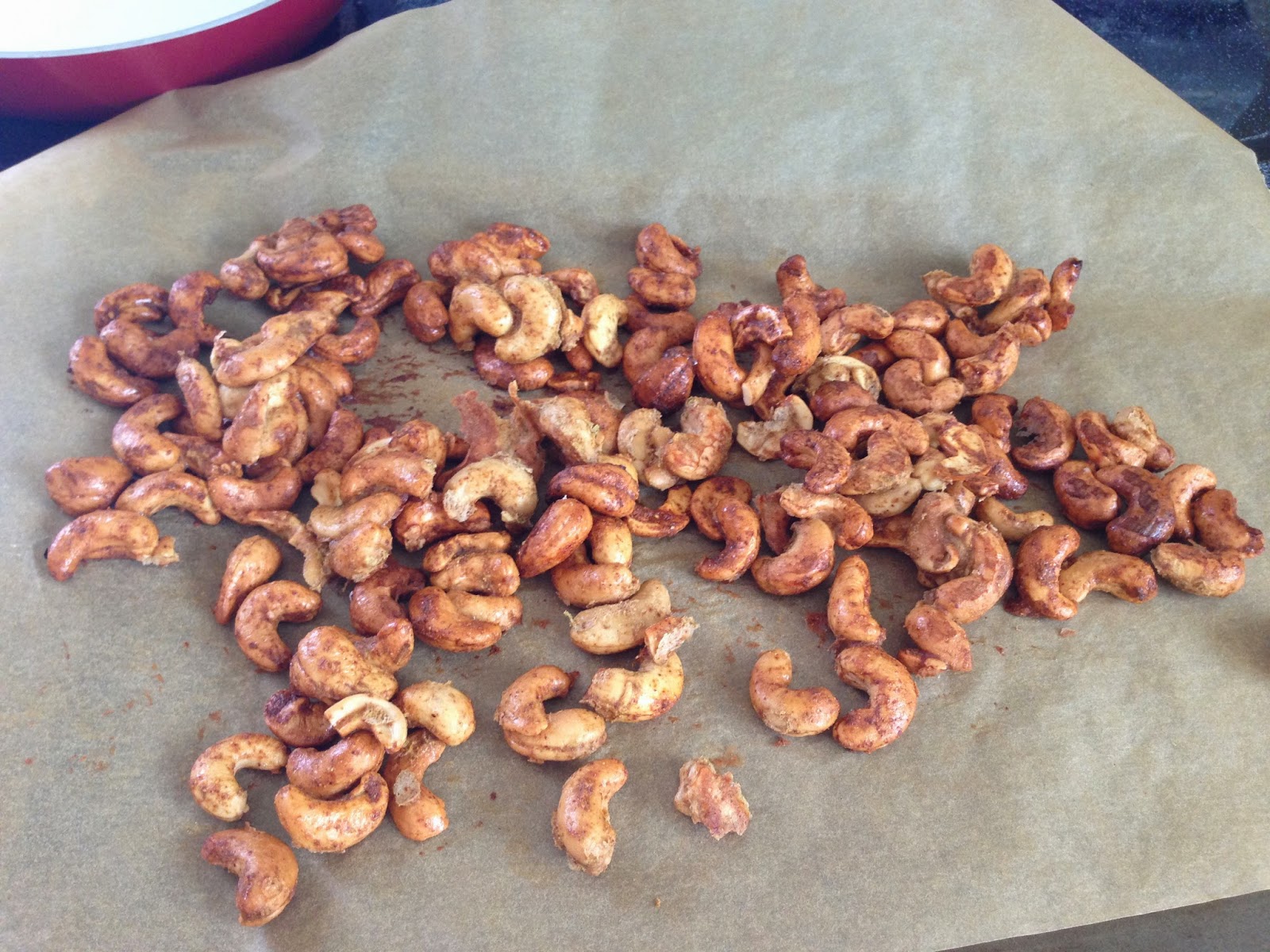