You rock! It's true. While my next post attempts to make us feel better by judging others (an admittedly favorite pastime), this post actually makes us feel better through positive thought and action. When I was in high school, our English teacher once asked us, "when a 16 year old girl is mad, what does she do?" To be honest, I had no idea what, specifically a sixteen-year old would do (retail therapy?) nor did I have any idea why our teacher was asking the question but I was intrigued by the response. According to Mrs. Teacher, a sixteen-year old girl would often run upstairs and lay down in the fetal position. It was my first indication that what can bring us comfort in times of stress is a reversion back to our younger selves... perhaps a time when we were safer before having to pay our own bills or something. And yoga can sometimes key into this notion, placing us in poses that hearken back to our younger days. 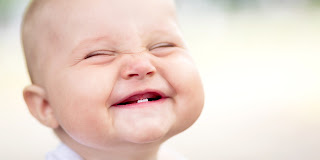 Soon after we spent time in the fetal position or womb, we were often rocked. We were rocked in rocking chairs, we were rocked while our parents likely paced the house at 3 a.m., we were rocked in one of those baby swings we'd all like to own as adults. And rocking, just like every parent knows intuitively can have a calming effect on the body. According to Pasadena Villa, "rocking triggers the brain [to] release this feel good chemical (endorphins)." Furthermore, the article points out that author David Givens has stated, "rocking, whether back and forth or side to side, simulates the 'vestibular senses,' referring to parts of the inner ear and brain that regulate eye movement. These senses are closely aligned to the part of the brain that manages pain and stress." This, frankly, is why we might see those in really down-and-out situations rocking back and forth on a stoop. And even if we're simply experiencing problems which are more first worldish, its helpful to rock our selves a little bit for good measure... in yoga, we would attain such action through the very aptly-named, "happy baby" pose.

Happy baby pose is one of those postures which hearkens back to our infantile years, not only through its employment of a gentle rocking motion but also through its similar appearance to a pose held by most babies. When we're young, we're generally a bit more flexible which is why we can rebound more quickly after an injury and/or chew on our toes. As we age, through stress, growth or whatever, our flexibility lessens which is why we do yoga and other unpleasant endeavors. However, while yoga can be a boon at times with its heat and uncomfortable stretches, it can make us more limber and appear incresingly young. As such, happy baby pose is one to do on the daily, giving us a gentle stretch and reminding us that we're young at heart. Below is a video which helps to demonstrate the pose. Enjoy!

Once you get past the woman's voice, the pose is very calming!
Posted by Eating Natty at 9:34 AM